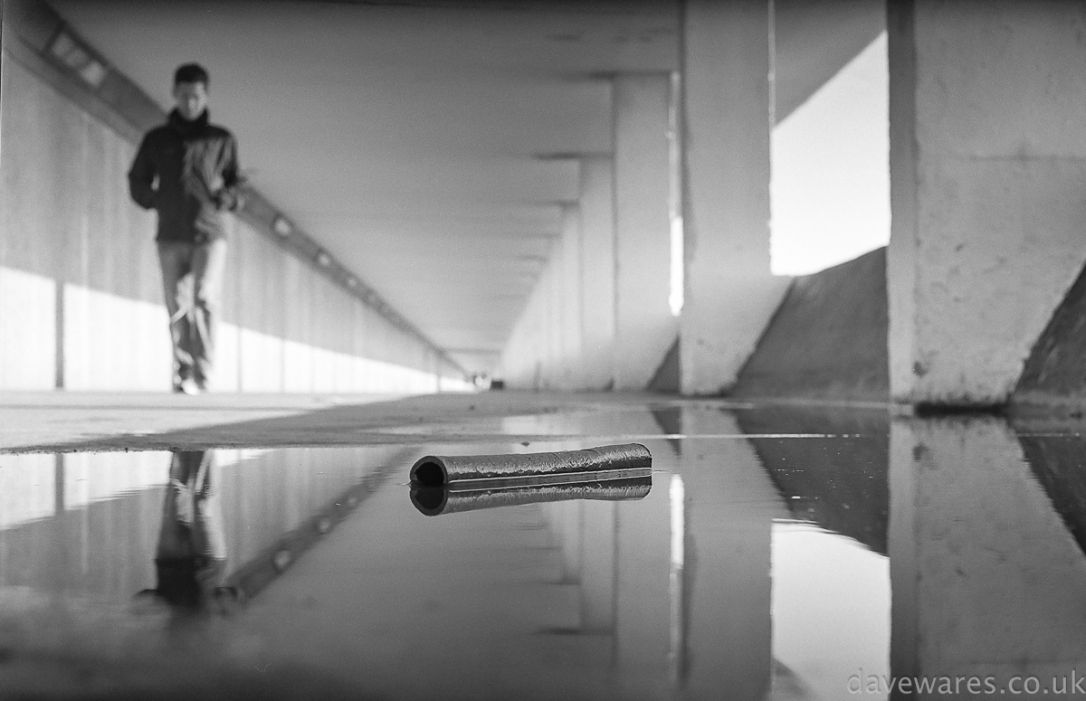 This is the last shot that came out of the Hasselblad before the curtain got too cold and stuck. I had to letterbox this frame as the curtain had only partially opened, leaving the top and bottom of the negative unexposed. 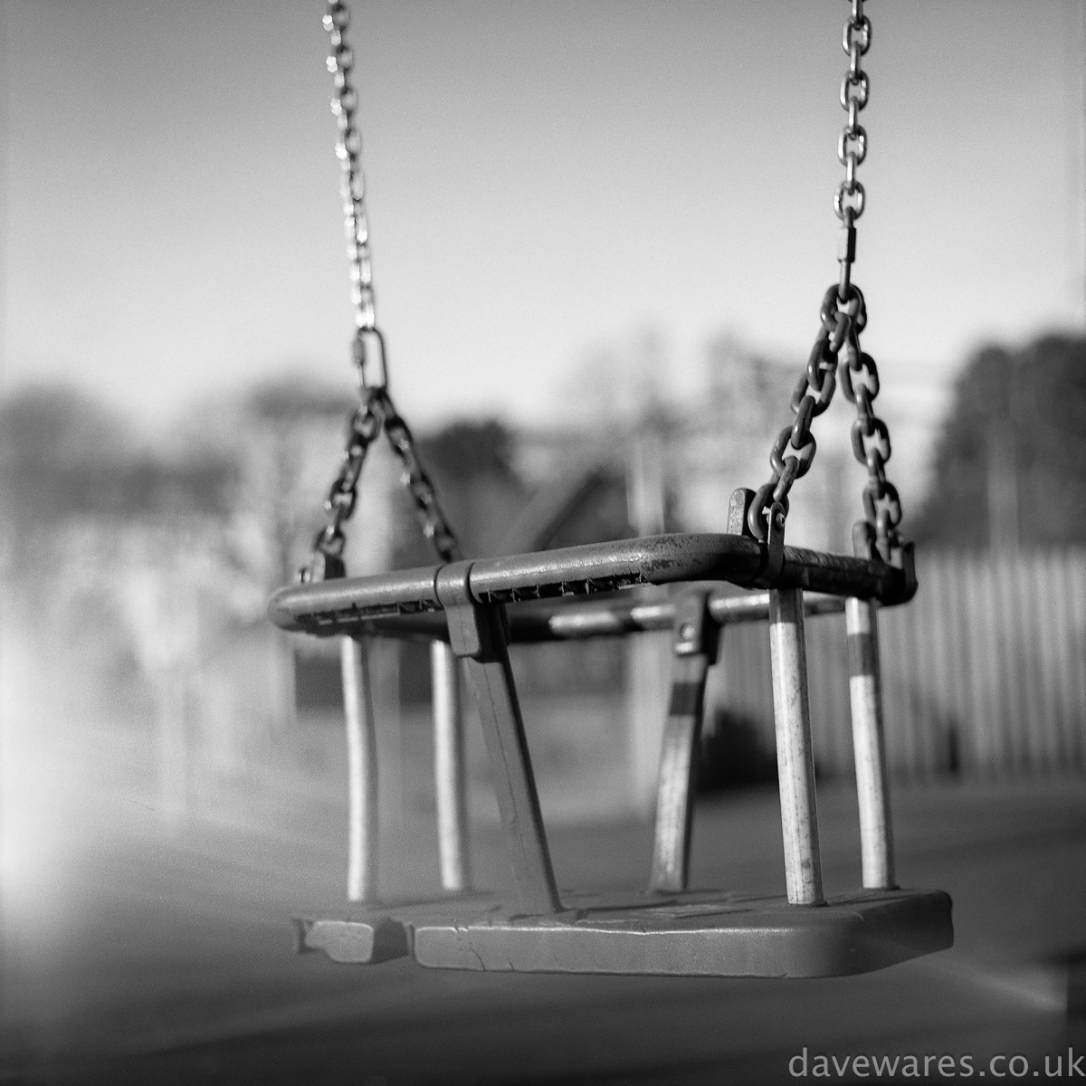 Met up with my mate Dan to take the Hassleblad 500c out for a test drive yesterday morning. I have the camera on loan to get some use out of it as it hasn’t been used in quite some time. It was a bit hit and miss as I think that due to lack of use there are a couple of issues with at least one of the backs (did’t always wind the film on) and a number of shots didn’t come out. This could be down to poor metering on my part or maybe the shutter not firing correctly. I think that it’s just a case of putting more rolls of film through it to loosen up all the components. I still got a couple of shots I like, however,(this being one of them) and I’m quite fond how the light is shining across the front of the lens. 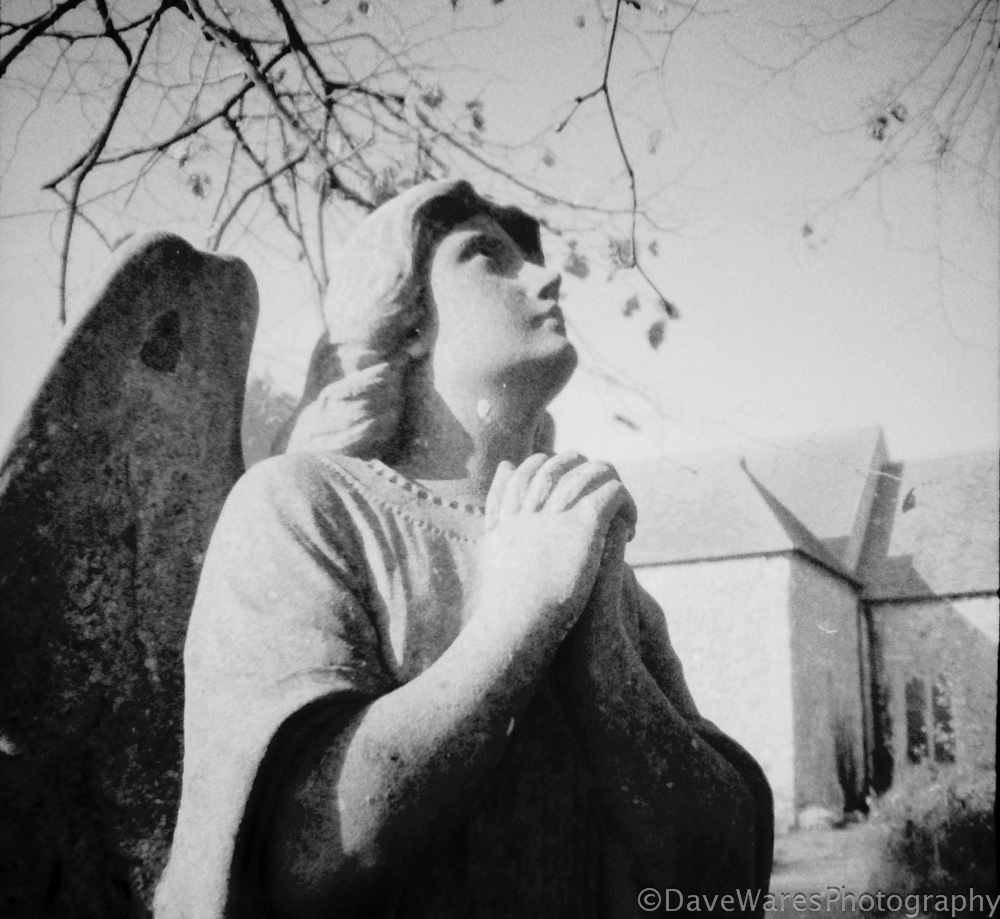 It’s time to get my Mono Monday series back up and running, so here is a pic taken at a churchyard near my place of work…and it was shot on film!
I’ve been a fan of all things lomography for quite some time but never had the motivation to get back into the film world…until very recently that is. In fact it was on my birthday that my interest for film was properly re-ignited when I was given a lomography Diana Mini as a present, along with two rolls of Ilford HP5 black and white film. This photo is one of the more successful frames from the first roll. I’m also borrowing a cheapo film scanner in order to transfer to the PC.
Expect to see more Lomo shots from me here in the future, both mono and colour.

I see it is also Dec 24th, so ill finish by wishing everyone a Merry Christmas and a Happy New Year!