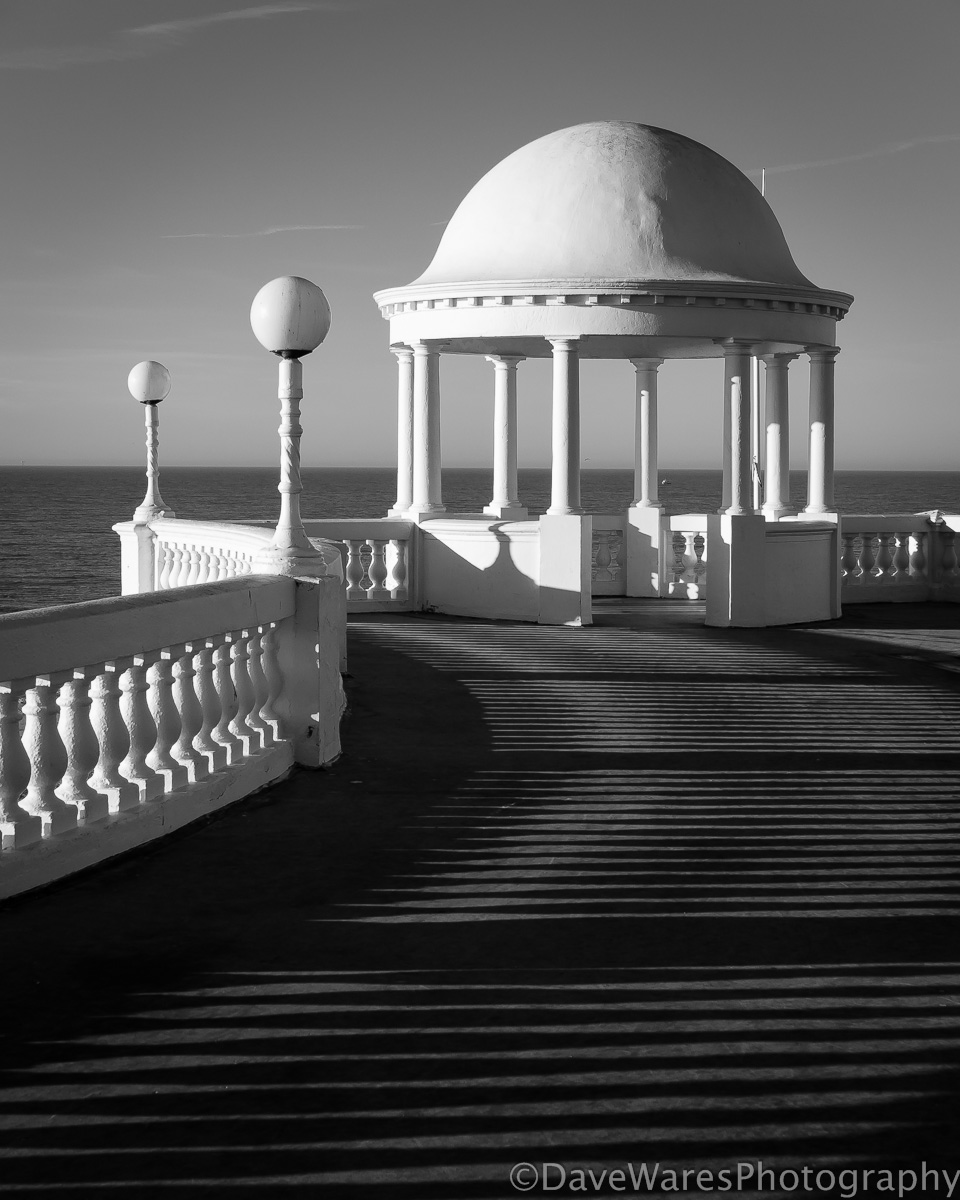 One of the domes at the De La Warr Pavillion, Bexhill.

For those who are unfamiliar, this is one the most recognised buildings along England’s south east coast and as such it has become one of the most photographed as well. I’ve heard many a groan at camera clubs as yet another shot of this place is projected onto the screen.  Familiarity breeds contempt as the saying goes but love it or hate it, it is still a very photogenic landmark. However, due to its’ popularity with photographers it is becoming more and more difficult to find new angles to shoot it from. The shot I’ve put up today is a very popular composition and for good reason, the design of the structures just lend themselves naturally to the rule of thirds and all that good stuff.

If you happen to be walking past on a day with great light and shadow, I bet you’d find it hard to resist taking a shot or two.

This shot may be a cliche, but I don’t care.

You can read some history about the De La Warr here.

Processed in Lightroom 5.3 only for a change.

Thanks for stopping by.

4 thoughts on “Just another cliche”