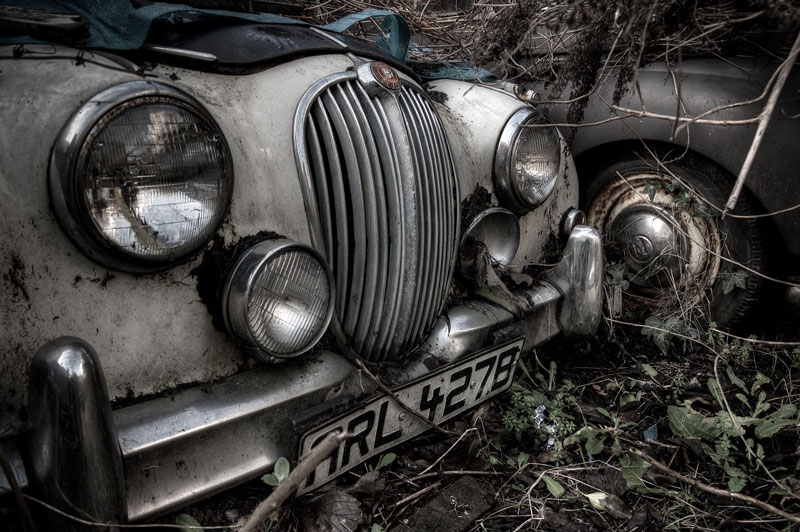 ‘We all die in the end’. HDR 3exp +/-2EV iso800 for added grain. Produced using Photomatix and Lightroom.

So, two subjects in one post. I think I can pull it off.

Going back through some more recent shots I came upon a set of brackets that I was really rather taken with, and instantly though of giving the picture a more sombre muted look. Sometimes a scene will give you a certain feel that if the natural colours were kept, that feel would be lost, at least to a certain extent. I particularly like using muted colours, it’s  something you also see done a lot in modern war movies, which helps with the overall impact.

Now; being the sort of chap who’s a bit of a fan of gritty/grainy pictures, both in colour and black and white, I was rather pleased to read that camera manufacturer Holga has now produced a lens with both Canon and Nikon mounts. And they so cheap too, meaning that unless you’re a stickler for tack sharp images, then there’s absolutely no reason not to own one of these. There has been a big surge in recent times towards older film based cameras that give less than perfect results, and yet they somehow manage to evoke a look and feel that appeals to a lot of us photographers. Some of the look Holga images have is down to how the film is processed too, but I think this is a good compromise for those who do not wish to go back to using film.  I ordered mine yesterday and I’m counting the minutes till it drops through the letterbox. In addition to this, the new Holga lenses are fully compatible with their current range of lens accessories. I’m really looking forward to getting that Holga look straight out of the camera rather than having to mimic it in Photoshop or plug-in filters; the same reason I bought my Lensbaby Muse not so long ago. Watch this space!