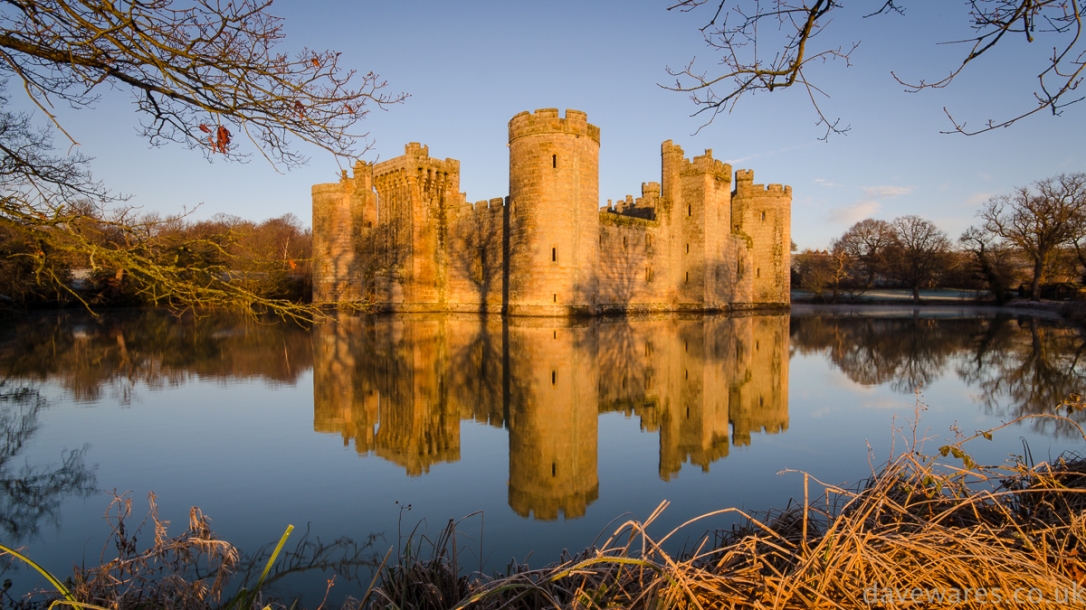 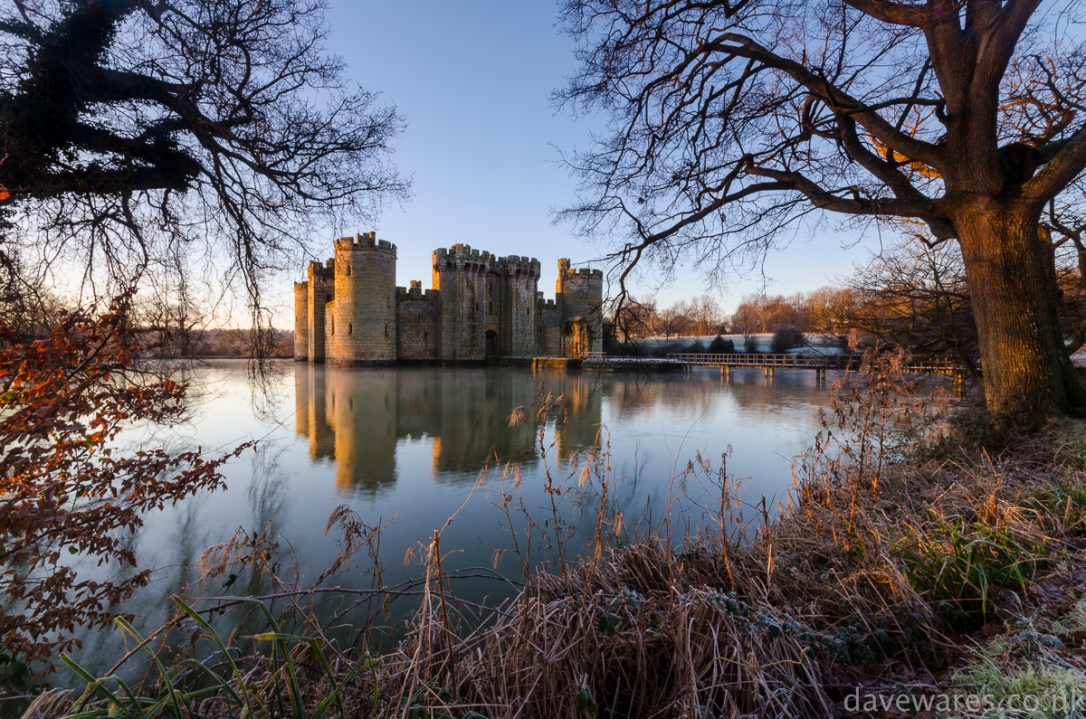 Another view of the iconic Bodiam castle taken from a well trodden viewpoint which I call tripod corner. 🙂 For this shot I used my 10-20mm lens to utilise the trees and grass to help create a natural frame around the main subject. 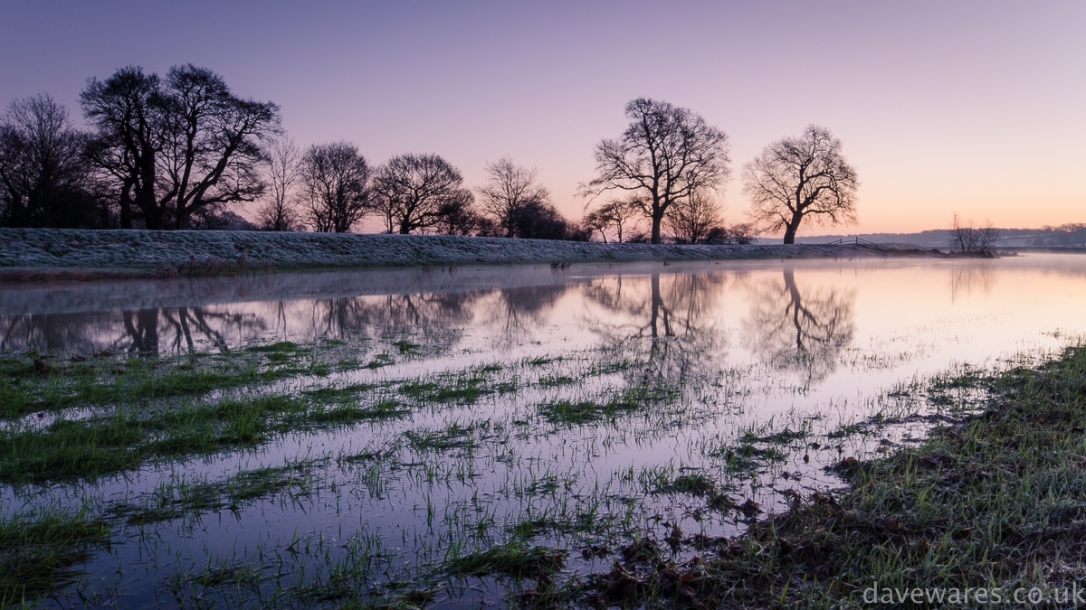 As the light got brighter I switched from using my ND8 grad to the ND4 and eventually an ND2 (for my castle shot a couple posts back). I always work in manual for my landscape work and so continuous reassessment of light levels is needed to get a good and balanced exposure to ensure the atmosphere of the scene is not lost. It was in this location that I had the most difficulty with frost forming on my filter due to being down a bank with the mist rising from the river.  As usual, more cloud in the sky would have been nice. It’ll all come together eventually.

Another of my unaffected shots from Sunday’s shoot.

So I took both adapter rings into work with the intention of sanding off the fronts when my friend Rob had the great idea of using acetone to remove the lettering. A quick rub with neat acetone and hey presto, the lettering is gone. 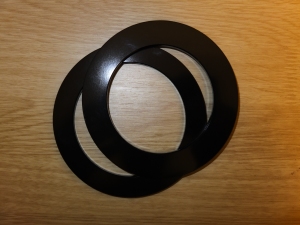 Now obviously not everyone will have acetone to hand but I reckon nail polish remover will do the same job, as it contains acetone. You’ll probably just need to use a little more elbow grease. This doesn’t get rid of the fact that they have been finished in shiny black but my main issue was with the lettering. Like I said in my previous post, the problem only occurs when the light shines directly in front of the lens but if I see the rim of the adapter showing in the future I’ll go down the route of applying some matte black paint to the inner edge.

I should also point out that at the time I experienced this issue I was using a 10-20mm super wide angle lens, set at 10mm. It might not be such an issue when using lenses without such a wide angle of view. More testing needs to be done though to analyse this. 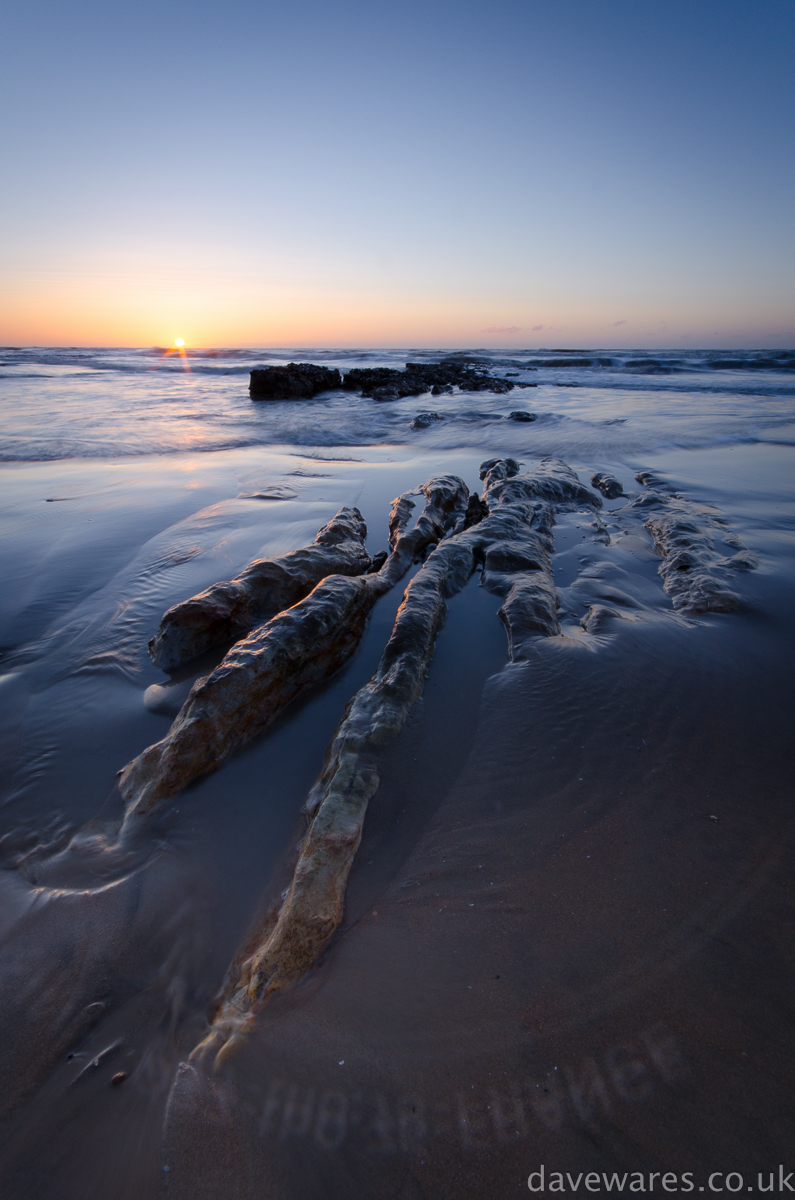 Aargh! What’s that at the bottom of my image?!

I should start off by saying that this will only happen when shooting directly towards the sun.

So I left home this morning (Sunday) to photograph the sunrise at Bexhill beach as the weather and tide looked quite favourable. Armed with my new Cokin Z Pro filter system I quickly checked the light levels and decided to put on the ND8 graduated grey filter to balance the light between sky and land. The sun hadn’t reached the horizon yet (but I had the camera pointing directly where it would soon appear) so with camera set, I started to happily shoot away. Now, I do look at the LCD screen to check exposure using the histogram often but I don’t constantly chimp the camera to look at the image itself, I just get on with the job of composing and shooting. It wasn’t until I stopped for a brief moment to review my composition that I noticed something across the bottom of my image. What was it? I hadn’t seen it through the viewfinder though it must have been there, perhaps it was just too faint for me to see. However, zooming in on the screen revealed it to be the writing on the adapter ring being reflected back onto the filter. A closer look reveals that the edge of the ring itself is also visible due to the shiny black finish. A huge f-up in the design process that I thought Cokin would have foreseen.

The only way of getting around this problem would be to shoot the scene unfiltered. Unfortunately in this instance filtration was essential and the two shots I took unfiltered proved this to me. Yes, I could have bracketed to merge later in something like Photomatix but I’ve gone off using this method for my landscape photography and leave it just for my urbex work. Somewhat annoyed and rather cold I packed everything up and headed back home. 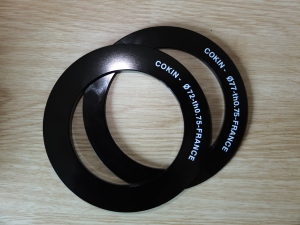 As a person who shoots a lot of landscapes, I believe that having a good filter system is essential to help balance light. So, I have two suggestions on how the folks at Cokin could improve upon their adapter ring design. First would be removing the print from the front of the ring and to print it on the back, or have no print at all. Second would be to use a matte black finish to help cut down light reflection. I’m sure these ideas are not beyond the realms of possibility but until then its off to the hobby shop to buy some matte black enamel paint to sort it myself.

Just so I don’t finish off on a grumpy note, here’s a shot I manged to rescue using the clone tool in Photoshop Elements. 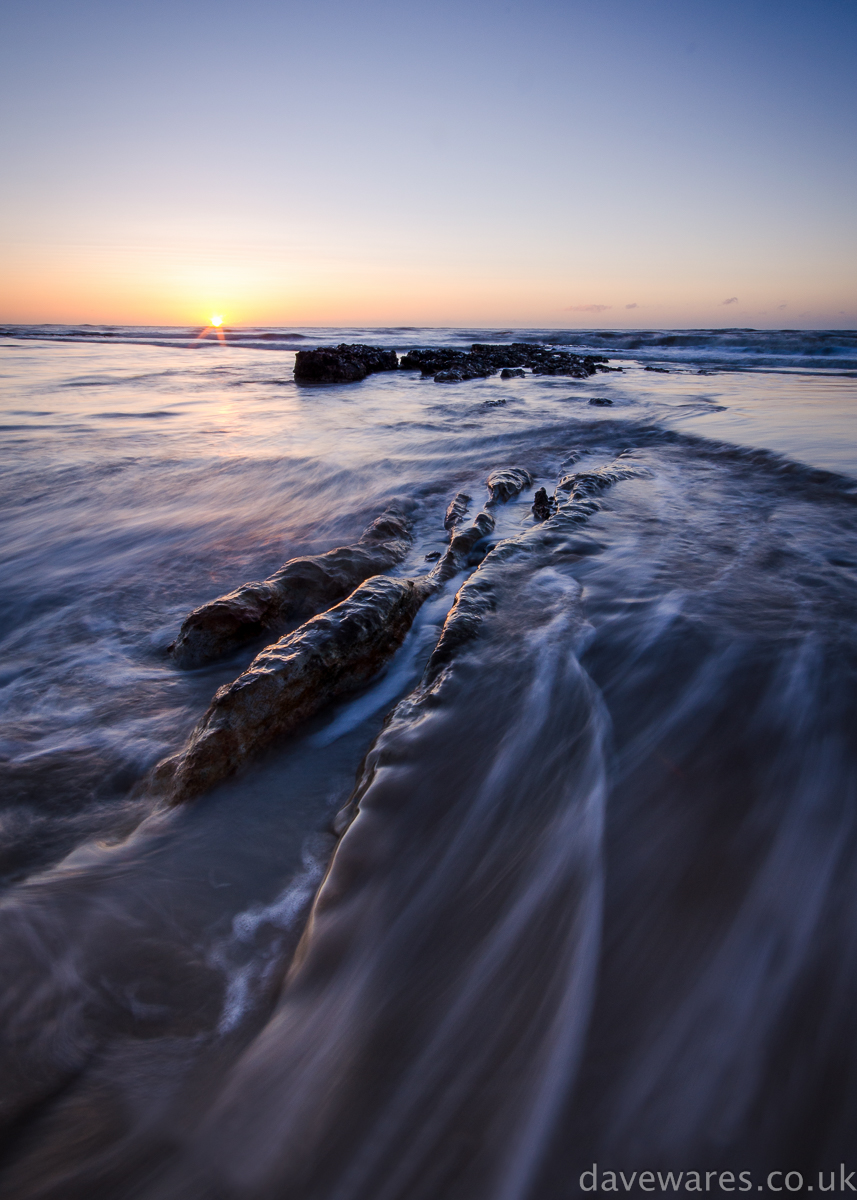 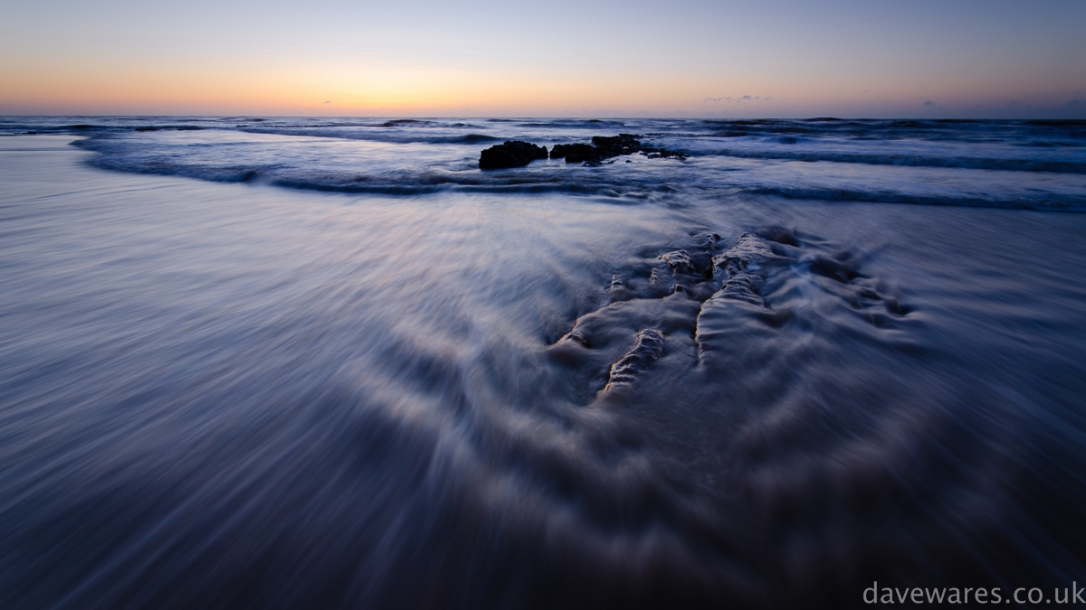 Shot on Bexhill beach on yet another bland sky morning.

I had some of ups and downs this morning as I encountered some issues when using My Cokin Z Pro filter system, which has potentially ruined some good shots. More on this next post but it has to do with the writing on the adapter ring being reflected back onto the filter when shooting into the sun. Luckily some of the shots taken before the sun popped up where fine and I managed to clone out the offending reflection on a couple of shots taken as the sun broke the horizon.